Make a Booking From Arrival Airport or To Departure Airport

Flex Taxis are an exceptional provider of airport transfers and connections in and around the Greater London area. We provide a first-class service which serves all of the capital’s airports including its inner-city London City Airport. London City Airport is easily accessed by taxi, allowing you to skip London’s busiest routes and public transport to easily access the airport exactly on time.

By maximising comfort and minimising all aspects of hassle and stress, Flex Taxis will get your journey off to the best possible start. We operate a fleet of vehicles and are contactable 24/7 for quotes or queries.

Our advanced booking service allows you to input flight details. This enables us to track your schedule, removing the stress of you needing to tweak your journey in the event of a delay. We will communicate with you to make sure you arrive exactly when you need to arrive.

Not only does our service cover airport transfers but also connecting transport between London airports. We can connect you from London City Airport for flights from another London airport, for example, Heathrow.

A relatively new development build between 1986 and 1987, London City Airport is extremely conveniently located directly in Central London, in the London Borough of Newham. It’s 6 miles east of the City of London and even closer to Canary Wharf. Essentially, London City Airport is the business hub of short-haul travel in London, aside from London Heathrow.

London City airport’s convenient location combines with its small size to offer an airport which defies most conventions. It has a single runway which extends 1,500m into London’s Docklands - the airport’s runway can only be used by smaller aircraft.
Due to its size, London City Airport serves only domestic and European destinations with the exception of one British Airways route which flies to New York JFK via Shannon airport. For its tiny physical size, London City Airport is surprisingly busy serving over 4.5 million passengers in 2017. This figure has risen steadily over the past decade and it looks sure that London City Airport will expand to meet rising demands for air travel in the centre of the capital.

London City’s Airport is largely owing to its superb convenience. It really is the most convenient airport in London and whilst this is partially reflected in the price of flights from London City Airport, it offers something pretty unique in terms of convenience. Such is the unique nature of London City Airport that pilots have to undergo special training to take off on certain types of jets due to its short runway.

London City Airport is still currently limited to a select number of carriers but, with promises of impending expansion, it is foreseen that the airport could develop to accommodate new carriers and destinations, possibly adding more routes travelling beyond Europe.

Other smaller airlines operate country-specific routes, such as Swiss Air to Geneva and Zurich, Luxair to Luxembourg and TAP Air Portugal to Lisbon and Porto.

London City Airport is obviously a small airport and is designed for low passenger volumes when compared to London’s other 4 major airports. Given its compact docklands position, London City Airport has just one two-storey terminal with ground-floor check-in desks and security on the second floor. The second-floor waiting area leads to two piers where the departure gates are positioned.

Of course, due to the streamlined nature of the airport, there really is no need to stay long at London City Airport. Security and the gates are often fast and efficient during peak times, enabling people to arrive at the airport exactly on time.

London City Airport has become a reputable choice for business and pleasure travellers in and around London’s centre. For many positioned in central, it is just a short journey and this makes it highly convenient choice and alternative to major London airports.

Flex Taxis will transfer you directly to London City Airport from your chosen destination. Circumventing the need to take public transport, we provide a first-class service for those wishing to arrive at London City Airport in maximum convenience and comfort. 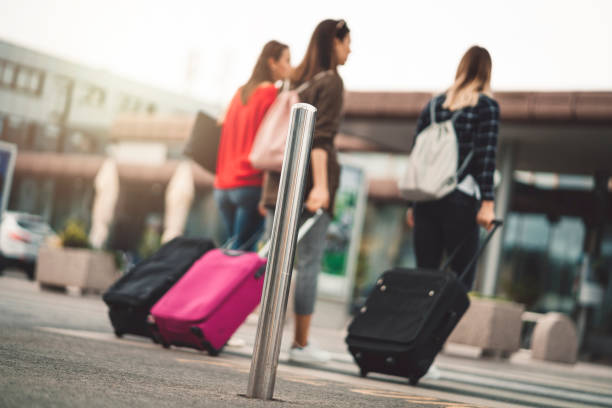 The terms and conditions set out herein shall apply between Flex Taxis and the party who uses Flex Taxis Services.