A guide to UK international airports 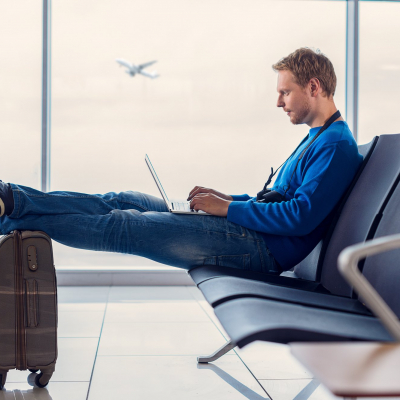 At Flex Taxis, we make it much easier for passengers to reach various international airports in the UK, helping them to remove the stress and strain from heading overseas or visiting the United Kingdom. In this article, we’ll talk about ten of the busiest airports in the UK and the major attractions near them. Let’s take a look at the ten busiest UK airports right now.

Heathrow is one of the four airports on our list that is located in or close to London. Heathrow had 80,890,031 passengers in 2019 and is situated around 15 miles from Central London. Some of the best-known attractions near London Heathrow include Windsor Castle, Hounslow Urban Farm, Little India in Southall, Legoland Windsor, Twickenham Stadium and Hampton Court Palace. Heathrow first opened in 1946.

Manchester Airport is the busiest airport in the North of England. It first opened in June 1938 and used to be known as Ringway Airport. Between the mid-1970s and mid-1980s, it was called Manchester International Airport. Its competitors include Liverpool Airport and Leeds Bradford Airport. Manchester Airport is within close proximity to attractions such as The Trafford Centre, Manchester Palace Theatre, Old Trafford football ground, Old Trafford cricket ground, the Museum of Science and Industry, the National Football Museum, The Lowry Theatre, The Imperial War Museum and MediaCity.

Despite its name, London Stansted is actually located around 30 miles away from London. It is located in Essex in the Uttlesford District and is home to a considerable number of low-cost airlines. The airport is currently owned by the Manchester Airports Group. Attractions located close to London Stansted include Mountfitchet Castle & Norman Village, Hatfield Forest, the Imperial War Museum Duxford, The Gardens of Easton Lodge and the House on the Hill Museum. If you are travelling to Stansted and heading to Central London, you could explore world-famous attractions including the London Eye, the Tower of London, Buckingham Palace and the Natural History Museum to name but a few.

London Luton Airport was previously known as Luton International Airport. It is located around 30 miles north of London and just a couple of miles from the M1 motorway. It is the London area’s fourth-largest airport. Popular attractions located close to London Luton include the Stockwood Discovery Centre, Wardown House Museum and Gallery, Someries Castle and Luton Hoo Estate. The airport first opened its doors in July 1938. The airport has featured in numerous TV documentary series including Airline.

Edinburgh Airport is one of several BAA-owned airports in the UK. The airport is home to a wide range of airlines including Air France, British Airways and EasyJet. Edinburgh Airport is used by more than 9 million people each year, and it's hoped that the airport will be made larger in coming years. Famous attractions located close to Edinburgh Airport include Edinburgh Castle, the National Museum of Scotland, Arthur’s Seat, the Palace of Holyroodhouse, Royal Botanic Garden Edinburgh, Edinburgh Zoo and St. Giles Cathedral. The airport was opened by the Queen in 1977.

Birmingham Airport is located around 6 miles from Birmingham city centre. The airport offers both domestic and international flights. Destinations you can reach by using the airport include North America, Pakistan, the Middle East and the Caribbean. It is home to airlines including Ryanair and has its own railway station called Birmingham International which sits on the West Coast Main Line. The most renowned and popular attractions located close to Birmingham Airport include Cadbury World, the National Sea Life Centre, Birmingham Museum & Art Gallery, Black Country Living Museum, Bullring & Grand Central and the Ikon Gallery.

Bristol Airport is the eighth busiest airport in the United Kingdom. The only south west England airport on our list, it is located in Lulsgate Bottom in North Somerset. Once known as Bristol (Lulsgate) Airport, it was called Bristol International Airport between 1997 and 2010. Airlines that Bristol Airport plays host to include Ryanair and EasyJet. Passengers use Bristol Airport to reach destinations such as Spain and other parts of the Mediterranean. Popular attractions located near to Bristol Airport include Bristol Zoo Gardens, Cabot Tower, Bristol Aquarium, Clifton Suspension Bridge and M Shed.

Belfast International Airport has been in operation since 1917 and used to be called Aldergrove. It is the second-largest airport in Ireland, with five million passengers travelling through it each year. In the 1960s, passengers included The Beatles. Attractions found close to Belfast International Airport include Crumlin Glen, Titanic Belfast, Crumlin Road Gaol Visitor Attraction and Conference Centre, CS Lewis Square, Belfast Zoo, Antrim Castle Gardens, Ulster Museum and Belfast Castle.

Now you know what the ten most popular UK airports are, why not book an airport transfer to get you to or from the airport you’re using? There are many great reasons for using Flex Taxis when you need to get from A to B in style. We offer an affordable service that removes the fuss and strain from getting to where you need to be, whether you’re travelling just a few miles or much further afield.

Over the years, we have become a leading choice for people travelling to and from the UK. We cover all aspects of airport transfers and connections across the UK and around all the major London airports. We work harder than most to bring you a world-class airport transfer service, and we can cater for you whether you are travelling from home, an office, a hotel or any other location. Why not place your booking today if you need help with a transfer to an airport terminal or need a connection between locations?

When you opt for our airport transfers, you benefit from a quicker, more comfortable and much less stressful experience. We are proud to offer a much more convenient alternative than buses, trains and conventional taxi services. Our innovative, easy-to-use booking system makes the process of planning your transfer a simple one. What’s more is that our systems track the very latest flight information to ensure you get the service you need whether your flight is delayed or not.

Our fleet of standard cars is maintained to the highest of standards. Each car is 3 years old or less and comes with 4G WiFi for your convenience as well as chargers for your smartphone and other devices. The fleet is home to a wide range of vehicles to meet a host of needs. These include standard 5-door vehicles as well as minibuses and people movers. This allows us to cater for a wide range of people including families and groups. No matter what your requirements are, we are confident that we can cater for you.

We also have an executive transfer service that’s home to a range of luxury vehicles from iconic manufacturers like Mercedes and BMW. These also come complete with chargers and 4G Wi-Fi.  Features include advanced climate control, tinted windows and leather seats. Whether you’re a business traveller or simply wish to enjoy the height of comfort, we are here for you.

Why wait any longer to place a booking if you do need to get to or from a major UK airport in style? Our services are designed with long and short-distance travel in mind, and you can rest assured that we offer some of the most competitive prices for airport transfers in the industry. Our safe, comfortable vehicles are available 24 hours a day, 7 days a week. Whether you need single journeys, regular runs or an on-demand contract, we are here for you.

Feel free to get in touch if you do have any queries about our UK airport transfers services. You can reach us today by giving us a call on 01992467782 or by WhatsApping us on 075626444777. Another way to connect with us is to complete the form on our website. We’ll get back to you as quickly as we possibly can.

The terms and conditions set out herein shall apply between Flex Taxis and the party who uses Flex Taxis Services.